The Sapporo Snow Festival showcases the biggest and most beautiful snow sculptures in the world and takes place every year at the beginning of February in Odori Park. The people of Sapporo go to see them during the first couple of days. The first day is the best when the sculptures have been freshly made and glisten in the sun. After that they begin to melt and get dirty. About 2 million people visit Sapporo every year to see the hundreds of ice sculptures at the Odori Park, Sususkino and the Satoland sites, so it gets really hectic. I've been a couple of times since I've been living here but now I try to avoid the Odori Park because I just feel too claustrophobic. 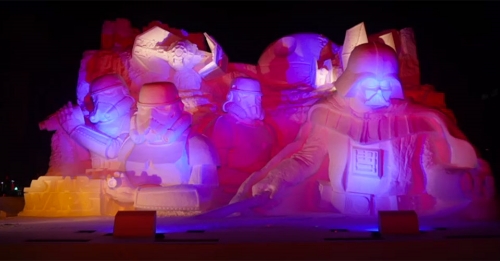 The sculptures are truly amazing though and the work on them is started early, about a month before the festival begins. Teams from all over the world come to build a sculpture. The big main ones that are the most impressive are built by the Japanese Self Defence Force. Yep, it's a part of their job to do this as they don't really have anything else to do, apart from go skiing!

Every year there is a different theme for the sculptures based on special events, famous people or topics that were popular the previous year. For example at the 2015 event the main statue was Stars Wars (see above) which was probably the best one I have ever seen so far. At the 2010 Sapporo Snow Festival there was a statue of Michael Jackson(he died the previous year). There are also a couple of main stages made out of ice where musical shows are held. I remember one year there was a girl band of about 20 members singing and dancing in the snow.

The Sapporo Ice Festival which is in the susukino site showcases much smaller ice sculptures, usually constructed by Japanese companies such as Sapporo Beer, Kirin, Suntory, etc. Also, every year a female beauty contest known as the Susukino Queen of The Ice is held here. I was lucky enough to get my photo taken with a couple of the contestants. 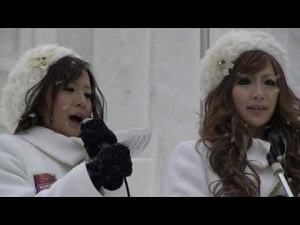 These were two from the hundreds of participants for the Susukino Queen of The Ice beauty contest.

The Susukino site is located at the beginning of the main Susukino intersection where you'll be able to see the Kirin Beer buidling, at South 4 West 4, a few blocks south of Odori Park. This place is much less crowded and great to come at night for a hot cup of sake under a tent. 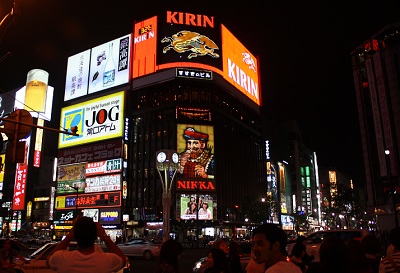 If you want to get away from the big crowds at the festival there is an alternative one in the nearby city of Otaru called the Otaru Snow Gleaming Festival. There are lots of tiny ice sculptures lit up by candles all the way along the main canal. It's very romantic and less crowded, but very icy. And do not foget to try some sushi or crab while you are in Otaru. The city has some of the freshest Japan foodaround.

This Dome is also known by locals as "Tsudomu" and is a large hall in Higashiku, Sapporo. On the 60th anniversary of the Sapporo Snow Festival, in 2009 the dome was made a site replacing Satoland. The outdoor events at the festival usually include a tube slide, ice slide, snow object competition, snow park golf, and snow raft and is a much more suited for children and families.

As well as being one of the venues for the annual Sapporo Snow Festival it also holds other events throughout the year such as the Golden Market, which is the biggest flea market in Sapporo.This market is rammed to the rafters with thousands of items and is especially great for finding cheap retro goods. I spent about 1000 yen last time I came here and went away with about five or so items including a "leather" handbag, which I got for my girlfriend for 100 yen! ......she liked it. Sweat deal!

During the Sapporo Snow Festival there is no parking for individual cars due to the high number of visitors so I recommend using public transport.

Access: Take the Toho Subway line (Blue) to Sakaemachi subway station and then it's an 8 minute walk or you can take the free shuttle bus.

For inquiries call the Sapporo Snow Festival Organization Committee on 011-211-2376.

For snowboarding fans who have come to ski Japan , there is a "big air" competition during the week. Check the board announcements for event times. All the competitors are Japanese amateurs of all ages, the youngest kid I saw was 8!(not in the above video). The winner progresses onto the main Toyota Big Air competition held usually just after the Snow Festival has finished.

Toyota Big Air is a lot of fun with live acts from famous Japanese bands held over 2 days. This is new for 2012 as the previous years the event was only one day at Makomanai stadium, and then there was an after party in the evening where you could party with the riders. That was really fun and the club was usually A Life in Susukino and packed full of hot Japanese girls trying to pick up a pro. I got speaking to some of the riders a couple of years back. Really nice guys, down to earth and friendly. 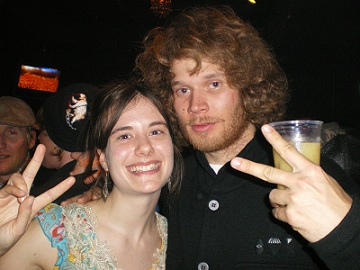 Mingling with Eero Etala above

The Toyota Big Air event is held at Sapporo Dome at Fukuzumi station at the end of the Toho Line (blue) and takes about 15 minutes from Odori station. The event is held over the weekend.

Where to buy tickets on the day of the event: At Sapporo Dome.*Free for children under twelve. (must be escorted by a guardian)