Take a Japanese Bath at a Sento in Sapporo Japan

What is a Sento?

A sento is a Japanese bath house or public bath and can be found in most towns, cities and rural areas all over Japan. They are very similar to onsens (hot springs) except that the water used in a sento is not natural hot spring water, but hot bath water. This is the distinct difference between the two. Due to this reason, you will find a lot more sentos in inner cities or towns as opposed to mountainous areas; the natural source of hot springs. The rules of etiquette in a sento are exactly the same as those in an onsen. Also, they are much cheaper. 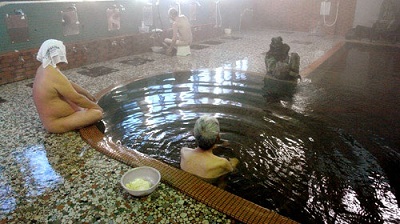 Males and females have separate bathing areas which are indicated by the blue and red curtains, respectively, displaying the hiragana ゆ (hot water) that you will see at the entrance to the changing rooms. 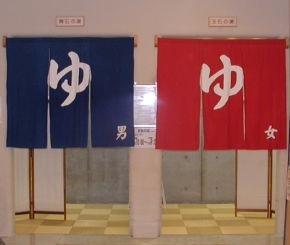 Once through the curtains you’ll be in the changing room where you will usually see a drinking water fountain, sinks and mirrors, weighing scales, fans for drying, and lockers or baskets to put your towel and belongings. Further ahead will be the bathing area separated by a sliding door. To the side of the entrance in the bathing area there will be a bunch of stools and faucets, a tap for cold water, and one for hot, a shower head and a small bucket. This is the washing area. 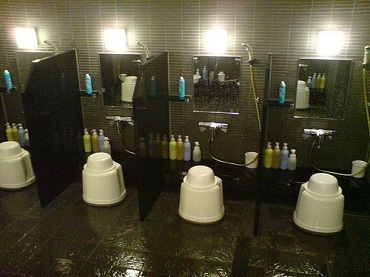 Just after this area are the baths, usually one or two large baths with varying degrees of water temperature ranging from very cold to 43 degrees Celsius. Depending on the sento there may be a rotenburo (outdoor bath), saunas and jacuzzis. 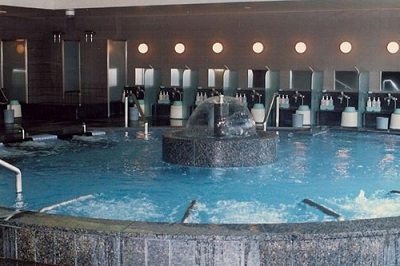 Sentos and the culture of Japanese bathing originated in Buddhist temples in India. It then spread to China and then came to Japan during the Nara period (710-784).

Sentos were more common in the early 20th century after World War II because a lot of houses didn’t have private baths due to damage from the war. This resulted in more people having to use public bath houses. Going to a Japanese bath was and still is an enjoyable way to bathe in a relaxing environment. Recently, they are becoming less and less popular because new houses all come with baths but many people still visit sentos to relax. The newly renovated “super sentos” resemble spas that offer a variety of facilities such as saunas, steam rooms and outdoor baths. Some sentos have been designed to resemble traditional Japanese baths to accommodate customers who are looking for ‘lost’ Japan.

Rules When Visiting a Sento

1. When you enter the public bath house buy your ticket and necessary toiletries at reception OR at a vending machine. A lot of the renovated bath houses have vending machines at the entrance. 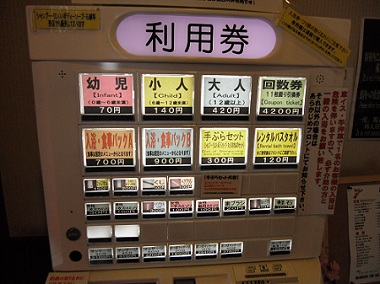 2. Take off your shoes at the entrance walk way and put them in the provided lockers.

3. Men go through the blue curtain and women through the red one, both marked with the symbol ゆ. Unfortunately you will not see the opposite sex until you have finished bathing.

4. Get completely naked and put your drying towel and belongings (you will need your soap and shampoo) in the lockers provided.

5. Most people take in a small hand towel, but it is not a requirement (can be bought at reception for about 100 yen). This is mainly used to cover up one’s modesty as it can be a frightening sight seeing a fellow bather’s junk whilst soaking in relaxation. 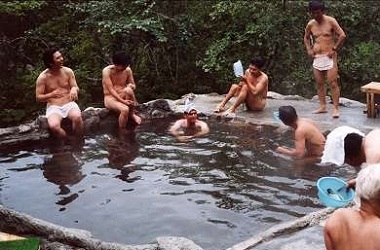 6. Wash your body using soap and shampoo at the basins or shower before entering the baths. Some regulars will put their washing equipment in a bucket on shelves provided.

7. Once you have washed yourself clean, enter the baths and soak until completely satisfied.

8. If you do take in a small hand towel, do not put it into the bath water as it is considered dirty. Put it by the side of the bath or on your head, like the Japanese do. 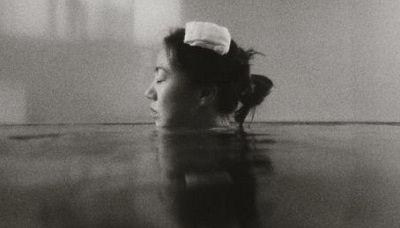 9. Rinse or wash at the basins before you leave the bathing area to get changed.

Here are some sentos in Sapporo Japan that I recommend for a “real” traditional Japanese experience, or if you are sick of your tiny bath at home.

Kura no Yu is conveniently located next to JR Naebo station. This is one of my favourite public baths in Sapporo Japan and has a large bathing area with two outdoor baths, a sauna and two indoor baths.